Kazy Lambist will be hitting the Gretchen in Berlin next month and you can be there by participating in our latest raffle!

The 27-year old has been credited as reawakening a brand of electronic known as French Touch to great effect, with the Montpellier-born DJ’s success having ballooned in a short period of time. So much so that if even you don’t recognise the name you will be familiar with his tracks that offer the mistakable style he champions.

Most likely, the first one that jumps out at you will be his 2015 single release, Doing Yoga – a track that despite being nearly 5 years old has seen continuous airtime and is one of those track’s that still hits as hard as it first did those years –  a truly timeless classic that makes you think “has it really been half a decade years since I first heard this?”. That was certainly the case for me when putting the research into this article.

While this remains likely his best-known track to date, he is no one-hit-wonder and over the last 5 years, a steady stream of new releases from the Frenchmen have rocked the electronic music scene. Notably, his follow up to Doing Yoga, On You was another notable sleeper hit which is identical in its ageless sound that is instantly recognisable even if you are not familiar with Lambist’s other relatively under the radar releases- with the man himself staying somewhere out of the mainstream spotlight despite maintaining a consistent brilliance with each track via his synthesised sound that energises even the most congealed toes into tapping.

Those who are fans of either of these will be more than happy to learn that nearly all his releases, both dated and recent, echo that same sound that has made him one of the most prominent alternative electronic DJ’s in the French scene. If this fills you with joy, then the knowledge that he will be appearing in Berlin for you to enjoy this sound live by getting yourself over to Gretchen, Berlin on March 17th will also do so. With it not being a second too soon for fans of his sound either. Lambist is now edging closer to it being 2 years since he released his latest album, 33,000 FT, and so to think that this will be the first time he will be playing at this level in Berlin seems like a travesty.

This released bragged both Love Song and Annecy that undeservedly didn’t receive the same prominence, although did maintain him as one of the most prominent in the modern French Touch scene and arguably the most commercially successful since Daft Punk – albeit to a much lesser extent. He has continued to follow this album release up with a gradual flow of new singles coming out gradually – his most recent, Oh My God, dropping in January with a surreal video attached – so this could mean he is gearing up for a new release.

Nothing is set in stone in that regard, but what we do know is that in the middle of March he will be in Berlin and will likely be bringing with him a selection of tracks from his various singles, EPs and of course, that full album in 2018.

You can be there on the 17th simply be entering our raffle by sending an email to win@ indieberlin.de.

If successful, you and a friend can find out what Lambist will be offering Berlin for yourselves and enjoy a marvellous night of music from the French Touch revivalist. 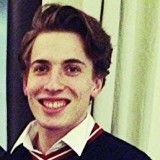